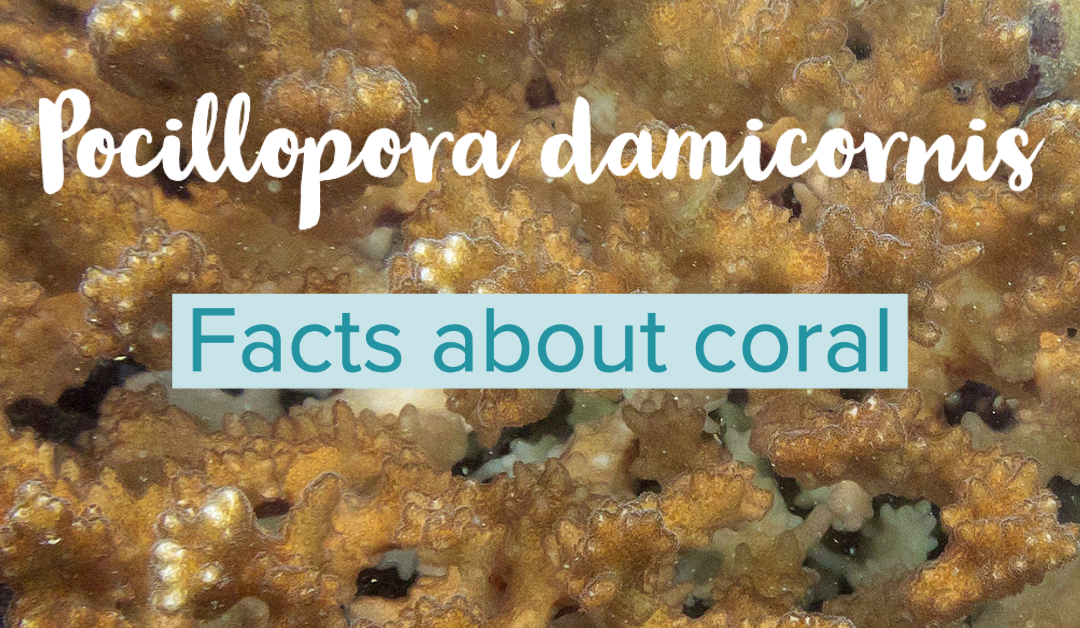 We are back with our spotlight on coral. Pocillopra damicornis is the third principal hard coral that we work with in Costa Rica. Our coral intern Sebastian has created this great article all about it.

Here are some cool coral facts about Pocillopora damicornis!

Pocillopora damicornis is a species of branching stony coral, commonly known as Cauliflower coral. The species is distinguished from other species by having thinner branches and less regular verrucae. While small, regular verrucae exist, most of the protuberances are irregular and are often not true verrucae at all but are more like incipient branches. As a result, Pocillopora damicornis exhibits greater branching than does P. verrucosa. Colonies are usually less than 30 cm tall. Reported growth rates of Pocillopora damicornis vary substantially between locations in the Eastern Tropical Pacific, from 1.27 cm per year in Colombia to 3.96 cm per year in Panama.

Pocillopora damicornis occurs at all depths between the surface and 40 m deep or more, and is particularly abundant between 5 to 20 m. It is equally abundant in lagoonal areas and clear water reef slopes. Commonly forms monospecific, densely packed stands many tens of metres across in water 5 -10 m deep.

We started our coral restoration project with Pocillopora damicornis and Pavona gigantea. Pocillopora is a great candidate for reef restoration, as a branching coral it is easy to harvest from wild coral colonies and it is also relatively easy to micro fragment. Pocillopora has responded well in our coral nurseries with good growth rates in both table nurseries and line nurseries. This coral species has a faster growth rate than the two massive coral species, which means shorter time in the nurseries, and therefore less maintenance and costs.

Pocillopora damicornis has a broad range which extends from the pacific coast of the americas america all the way to East Africa and the Red Sea. in the tropical pacific and through to oceania and southeast asia. The range of this coral in panama is it even considered as one of the major reef building species.

Cauliflower corals are a filter feeding species that catch plankton and other small organisms from the water column using their hair-like tentacles.

Histological evidence indicates that spawning is likely to occur during a few days around the new moon. The reproductive activity in the eastern Pacific is related to local thermal regimes. This then results in a generally higher incidence of coral recruits at sites with stable, warm water conditions. Also during warming periods in areas that experience significant seasonal variation. Pocillopora damicornis is also able to spread asexual due to natural fragmentation, making this coral a good candidate for restoration efforts.

We hope you enjoyed the article, thank you to our intern Sebastian Moesbergen for writing it.

If you are interested in joining our team at Marine Conservation Costa Rica you can contact us. We run internships, volunteer programs and research opportunities, please contact us here.

This site uses Akismet to reduce spam. Learn how your comment data is processed.