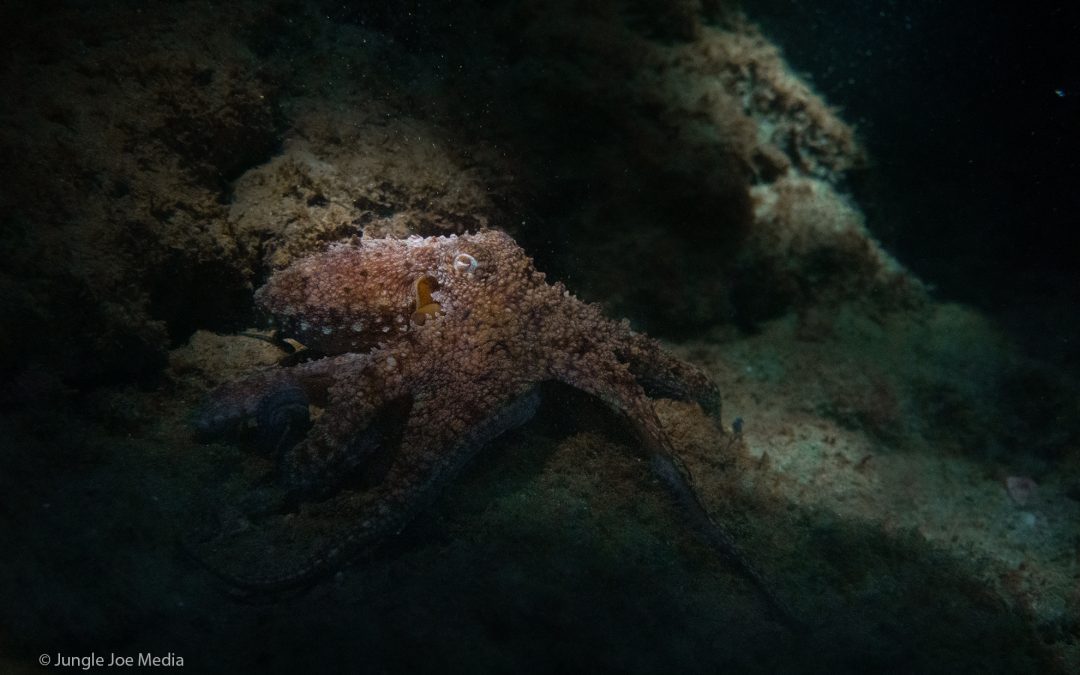 What an exciting start to 2020! We are bringing out a new scuba diving program for our interns and volunteers and it is all about one of our favorite critters here on the reef. The Octopus. The program is called Octopus Ecology and with it you will learn all about them.

During the program the following themes are covered;

the morphology of Octopus and the roles of them within the ecosystem. We also look at where to find Octopus on the reef and how do Octopus behave as well as learning how they feed and reproduce.

Finally we look at their conservation status and what species we can find locally as well as how we record and observe them. This is then followed by two dives on the reef observing and recording any data we have on them.

So, want to learn more? Then maybe you should sign up for our program. It is available as part of our Marine conservation internships and volunteer programs. It will be taught by our MCCR instructors and includes 2 dives out on the reef looking at Octopus habitats and behavior.

If you want to join us on this exciting program then contact us here.

Octopus are some of our favorite squishy invertebrates of the reef. With their flashing colors and unique behavior it is always fun to look them out and find them. Apart from the fact they have 8 legs, (unless you are Hank from Finding Dory), what else do you know about them? Here are 5 fun facts that firmly put them in the awesome animal category!

Rather than the old boring red color, Octopus have blue blood. This is because of a protein that has copper atoms in it that binds itself to the same amount of oxygen atoms. This is completely different to our blood that has iron atoms in it. This protein is what allows the octopus to survive in very cold and very warm waters because it is transported to its vital tissues around their bodies

An Octopus has 3 hearts of which 2 of them are pumping blood to the gills and the other one pumps blood to their organs. Octopus need more oxygen than other invertebrate species so their 3 hearts allows for them to have a steady flow of oxygen. Their copper based blood is not as good as iron based blood for transporting oxygen throughout the body so their three hearts compensate for that by pumping blood around at a higher pressure. Busy, busy, busy!

I thought a chicken had it bad..

Females usually lay around 200,000- 400,000 eggs which varies between species. Once laid, the female octopus guards the eggs until they are ready to hatch. After they hatch the females body essentially starts to destroy itself and the cells basically tear through her tissues and organs until she dies.

They could join mensa,

Well, maybe not, but Octopus are considered the most intelligent creature of all invertebrates. They have the largest brain to body mass ratio of any of the invertebrates. There have been many studies on octopus through maze and problem solving that have shown that octopus have long and short term memory. Hey, they can even predict world cup games apparently!

They have been around for a long time

The oldest known fossil of an octopus is 296 million year old. It is called the Pohlsepia. Researchers have identified marks of 8 arms, 2 eyes and even the possibility of an ink sac on the fossil.